TAIPEI, Taiwan (AP) Media www.rajawalisiber.com— Wit rich countries snapping up supplies of COVID-19 vaccines, some parts of the world may have to rely on Chinese-developed shots to try to conquer the outbreak. The question: Will they work?

There is no outward reason to believe they won’t, but China has a history of vaccine scandals, and its drugmakers have revealed little about their final human trials and the more than 1 million emergency-use inoculations they say have been carried out inside the country already.

Wealthy nations have reserved about 9 billion of the 12 billion mostly Western-developed shots expected to be produced next year, while COVAX, a global effort to ensure equal access to COVID-19 vaccines, has fallen short of i ts promised capacity of 2 billion doses.

For those countries that have not yet secured a vaccine, China may be the only solution.

China has six candidates in the last stage of trials and is one of the few nations that can manufacture vaccine on a large scale. Government officials have announced a capacity of 1 billion doses next year, with President Xi Jinping vowing China’s vaccines will be a boon to the world.

The potential use of its vaccine by millions of people in other countries gives China an opportunity both to repair the damage to its reputation from an outbreak that escaped its borders and to show the world it can be a major scientific player.

Yet past scandals have damaged its own citizens’ trust in its vaccines, with manufacturing and supply chain problems casting doubt on whether it can really be a savior.

“A question mark remains over how China can ensure the delivery of reliable vaccines,” said Joy Zhang, a professor who studies the ethics of emerging science at the University of Kent in Britain. She cited China’s “non-transparency over scientific data and a troubled history with vaccine delivery.” 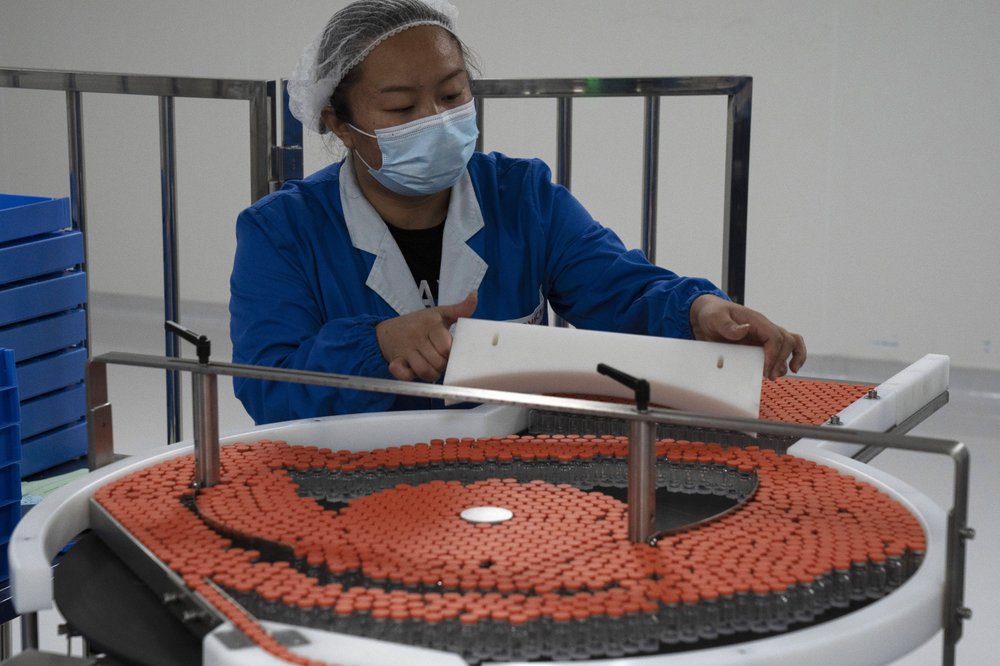 A worker loads vials to be used in the production line for a vaccine for COVID-19 at Chinese company Sinovac. (AP Photo/Ng Han Guan)

Bahrain last week became the second country to approve a Chinese COVID-19 vaccine, joining the United Arab Emirates. Morocco plans to use Chinese vaccines in a mass immunization campaign slated to start this month. Chinese vaccines are also awaiting approval in Turkey, Indonesia and Brazil, while testing continues in more than a dozen countries, including Russia, Egypt and Mexico.

In some countries, Chinese vaccines are viewed with suspicion. Brazil’s President Jair Bolsonaro has repeatedly sown doubt about the effectiveness of Chinese company Sinovac’s vaccine candidate without citing any evidence, and said Brazilians won’t be used as “guinea pigs.”

“The studies look to be well done,” said Jamie Triccas, head of immunology and infectious diseases at the University of Sydney’s medical school, referring to clinical trial results published in scientific journals. “I wouldn’t be overly concerned about that.”

China has been building up its immunization programs for more than a decade. It has produced successful vaccines on a large scale for its own population, including vaccinations for measles and hepatitis, said Jin Dong-yan, a medical professor at the University of Hong Kong.

“There are no major outbreaks in China for any of these diseases,” he said. “That means the vaccines are safe and effective.”

China has worked with the Gates Foundation and others to improve manufacturing quality in the past decade. The World Health Organization has prequalified five non-COVID-19 Chinese vaccines, which allows U.N. agencies to buy them for other countries. 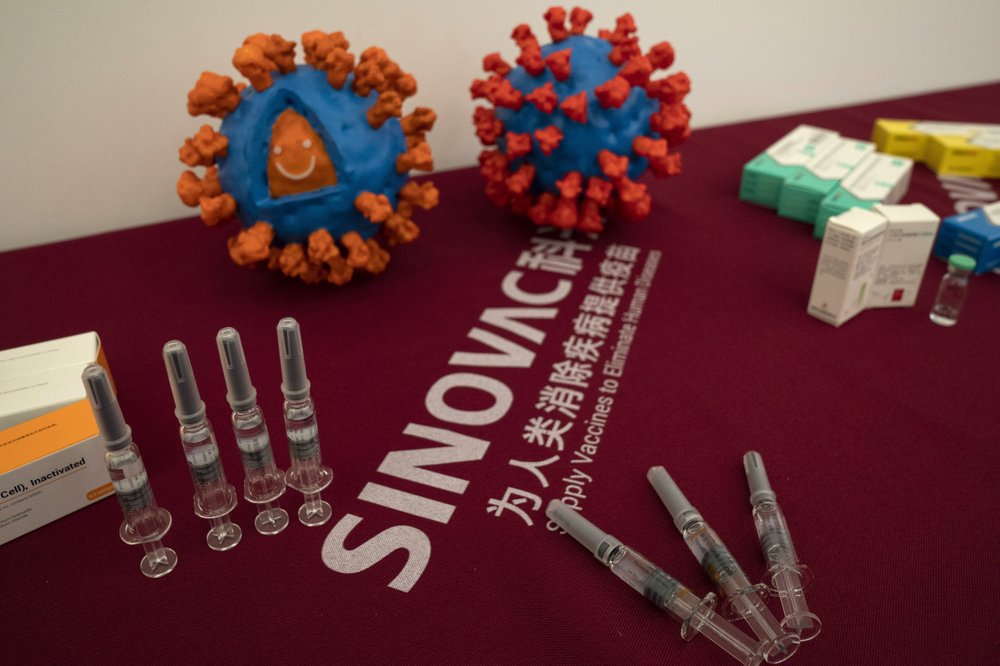 Syringes of a vaccine for COVID-19 and models depicting the coronavirus are displayed at the Sinovac factory in Beijing. (AP Photo/Ng Han Guan)

The companies whose products won prequalification include Sinovac and state-owned Sinopharm, both leading developers of COVID-19 vaccines.

Yet, the Wuhan Institute of Biological Products, a Sinopharm subsidiary behind one of the COVID-19 candidates, was caught up in a vaccine scandal in 2018.

Government inspectors found that the company, based in the city where the coronavirus was first detected last year, had made hundreds of thousands of ineffective doses of a combination vaccine for diphtheria, tetanus and whooping cough because of an equipment malfunction.

That same year it was reported that Changsheng Biotechnology Co. falsified data about a rabies vaccine.

In 2016, Chinese media revealed that 2 million doses of various vaccines for children had been improperly stored and sold throughout the country for years.

Vaccination rates fell after those scandals.

“All of my local Chinese friends, they’re white-collar, they’re well off, and none of them will buy medicine made in China. That’s just the way it is,” said Ray Yip, former country director of the Gates Foundation in China. He said he is one of the few who don’t mind buying Chinese-made pharmaceuticals.

China revised its laws in 2017 and 2019 to tighten management of vaccine storage and step up inspections and penalties for faulty vaccines. 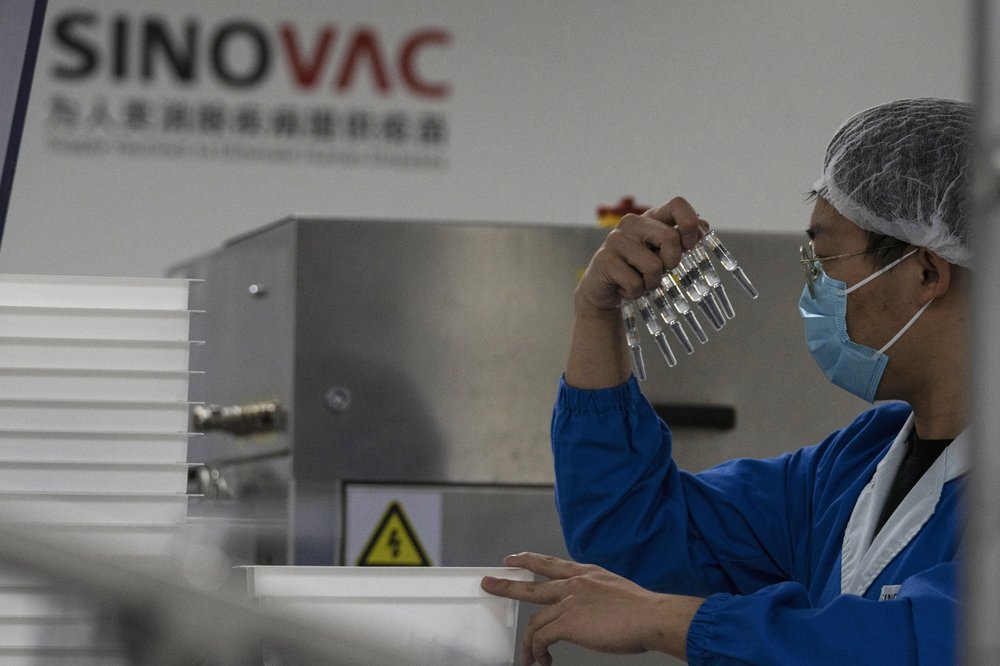 A worker inspects syringes of a vaccine for COVID-19 produced by Sinovac. (AP Photo/Ng Han Guan)

The country’s major COVID-19 vaccine developers have published some scientific findings in peer-reviewed scientific journals. But international experts questioned how China recruited volunteers and what kind of tracking there was for possible side effects. Chinese companies and government officials haven’t released details.

Now, after the release of data on the effectiveness of the Western-made vaccines developed by Pfizer and Moderna, experts are waiting to see the Chinese results. Regulators in the UAE, where a Sinopharm vaccine was tested, have said it appeared 86% effective based on interim clinical trial data. On Thursday, Turkey’s government announced that Sinovac is 91.25% effective from interim data.

For some people in countries where the pandemic shows no signs of easing, a vaccine’s nation of origin doesn’t matter.

“I intend to take it, the first one that comes, if it goes right,” said Daniel Alves Santos, a cook at a Rio de Janeiro restaurant. “And I hope God helps.” 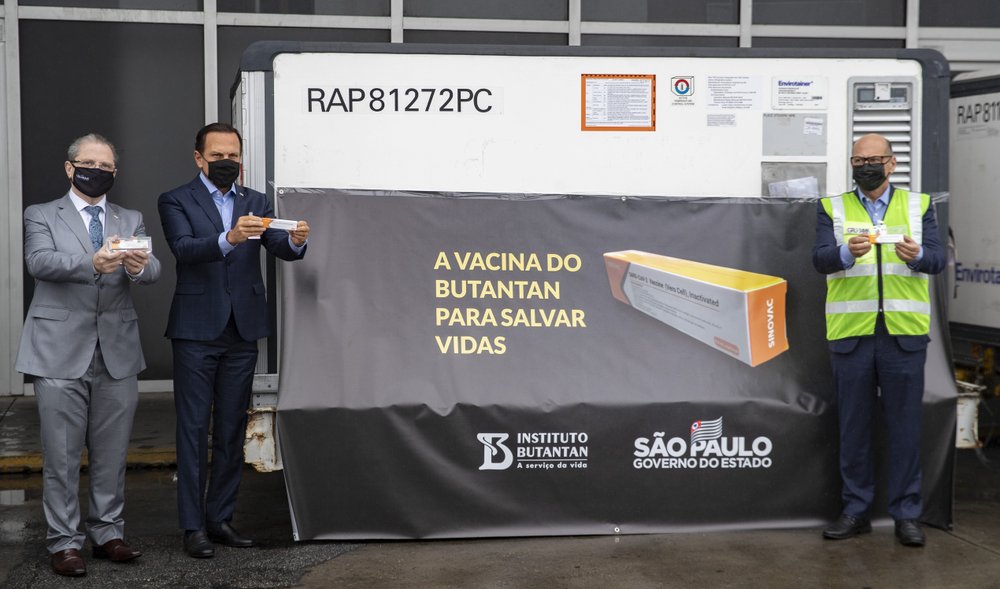 FILE – In this Nov. 19, 2020, file photo, Sao Paulo Governor Joao Doria, second from left, Sao Paulo state Health Secretary Dr. Jean Gorinchteyn, left, and Butantan Institute Director Dimas Covas, right, pose for photos next to a container carrying the experimental COVID-19 vaccine CoronaVac produced by Chinese company Sinovac after it was unloaded from a cargo plane that arrived from China at Guarulhos International Airport in Guarulhos, near Sao Paulo, Brazil. With rich countries snapping up supplies of COVID-19 vaccines, some parts of the world may have to rely on Chinese-developed shots to conquer the outbreak. The question: Will they work? (AP Photo/Andre Penner, File) 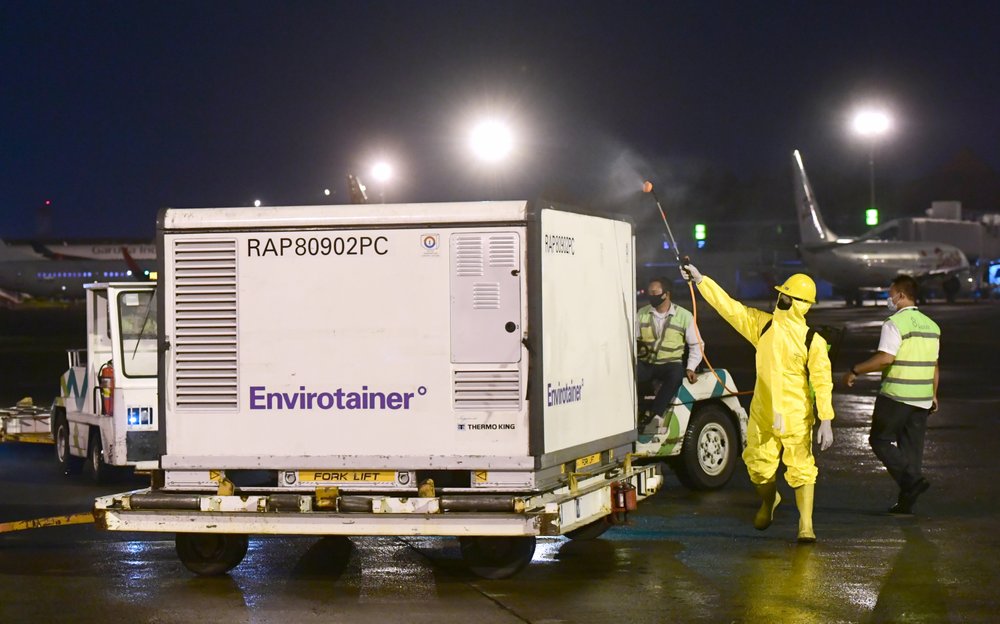 FILE- In this Dec. 7, 2020, file photo, released by the Indonesian presidential palace, workers spray disinfectant on boxes containing Chinese-made experimental coronavirus vaccine at a facility in Bandung, West Java, Indonesia. With rich countries snapping up supplies of COVID-19 vaccines, some parts of the world may have to rely on Chinese-developed shots to conquer the outbreak. The question: Will they work? (Indonesian Presidential Palace via AP, File) 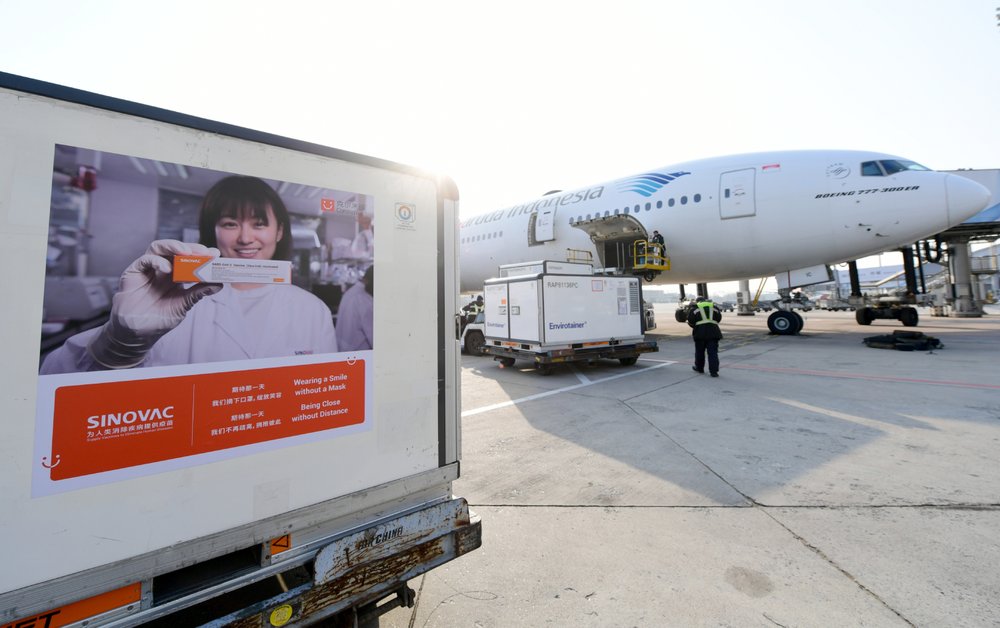 FILE – In this Dec. 6, 2020, file photo released by the Indonesian presidential palace, an experimental coronavirus vaccine made by the Chinese company Sinovac waits to be loaded onto an Indonesian plane at the Beijing International Airport, in Beijing, China. With rich countries snapping up supplies of COVID-19 vaccines, some parts of the world may have to rely on Chinese-developed shots to conquer the outbreak. The question: Will they work? (Indonesian Presidential Palace via AP, File).