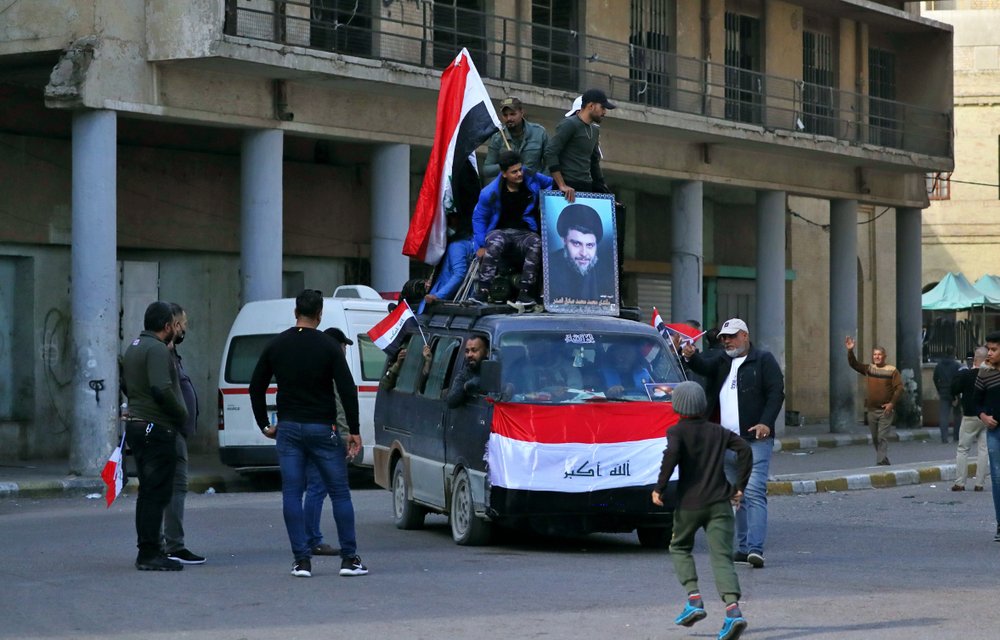 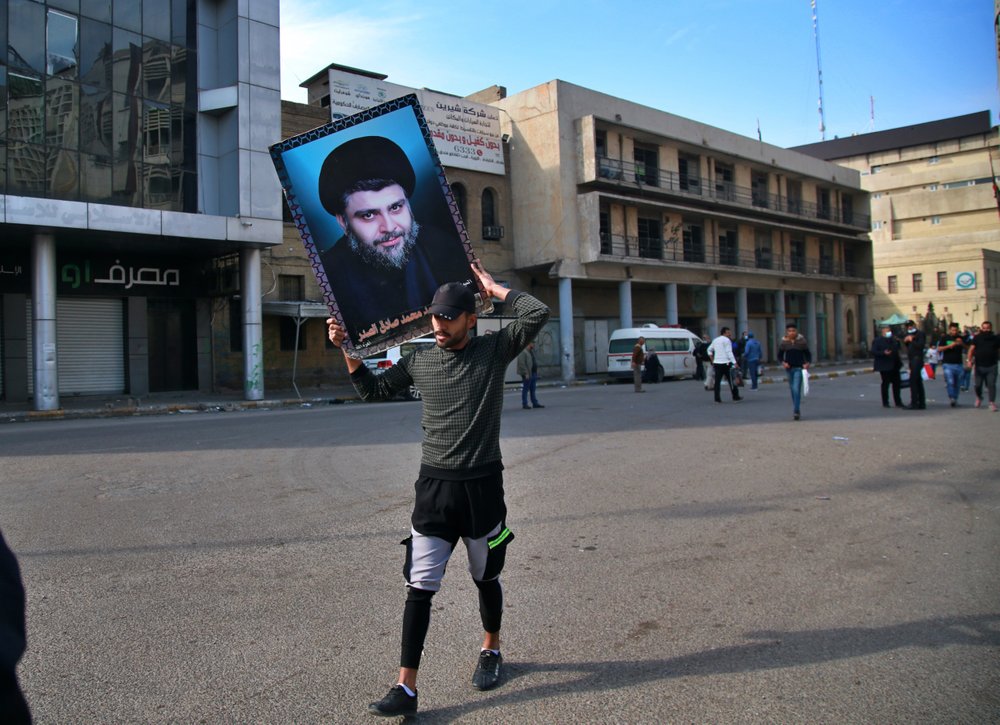 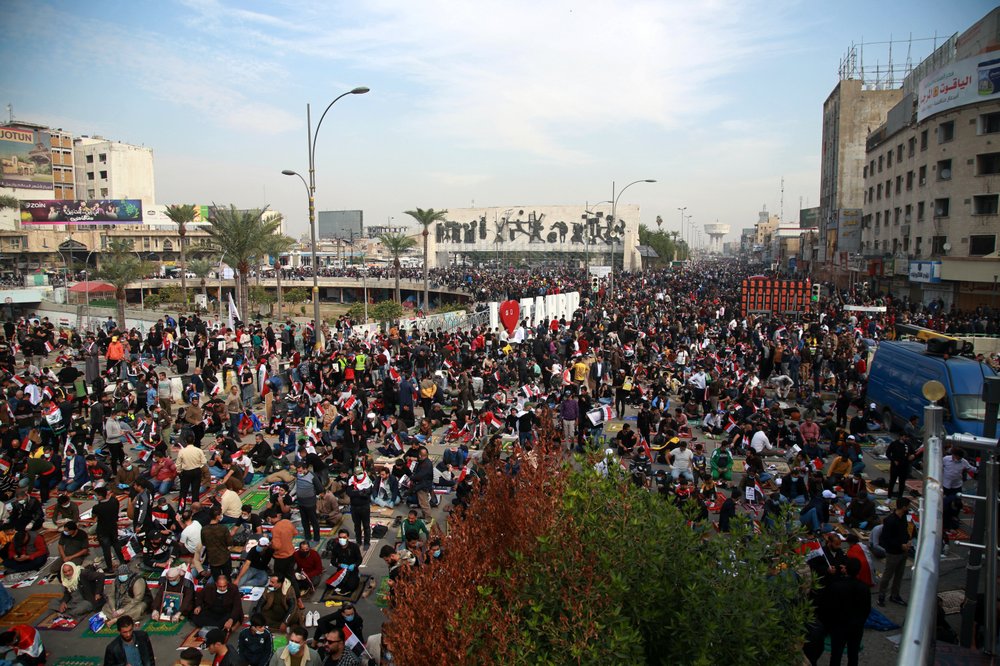 Followers of Shiite cleric Muqtada al-Sadr, in the poster, head to Tahrir Square, Baghdad, Iraq, Friday, Nov. 27, 2020. Thousands took to the streets in Baghdad on Friday in a show of support for a radical Iraqi cleric ahead of elections slated for next year, stirring fears of a spike in coronavirus cases. (AP Photo/Khalid Mohammed)

The anti-government demonstrators attempted to bloc the path of a rally supporting Shiite Muslim leader Moqtada al-Sadr. Followers of the populist cleric also wounded 40 others in the clashes, according to two medical officials.

The officials spoke on condition of anonymity in line with regulations.

The anti-government protesters were camped out at a main square in the city of Nasiriya, which has been an epicenter of the youth-led protest movement that has sought to sweep aside Iraq’s ruling sectarian elite.

Al-Sadr leads a powerful political bloc in Iraqi parliament and his supporters had called for a demonstration in support of the leader’s call for mass participation in next year’s nationwide elections.

Anti-government protesters feel betrayed by al-Sadr’s flip-flop approach toward them, especially in the last few months when he withdrew support for their movement.

Dozens returned to the anti-government sit-in’s site on Saturday morning in support of those protesters killed overnight.