Authorities in Albania must open an investigation into a recent string of unjustified detentions of journalists and immediately respond to allegations of reporters being assaulted by police whilst in custody, the International Press Institute (IPI) said today.

Media www.rajawalisiber.com Over a two-day period starting on Friday, November 11, three journalists including one editor-in-chief were detained in the capital Tirana and the coastal city of Durrës.

The arrests came amidst heightened tensions in Albania, where the fatal shooting by police of an unarmed 25-year-old man who had broken curfew on December 8 sparked violent clashes between riot police and demonstrators in Tirana and other cities.

“We strongly condemn these clear and flagrant attacks on media freedom,” IPI Deputy Director Scott Griffen said. “Journalists have a right to document to the actions of the police as a matter of public interest, and these detentions are a violation of the public’s right to know. Authorities must also immediately investigate reports of journalists being assaulted by police, including while in custody.”

“Two of the incidents involved journalists being arrested shortly after they had filmed or photographed alleged rights violations or detentions of minors by police. This heavy-handed action from police and the equation of journalists reporting from the scene with protesters is seriously undermining the ability of the media to do its job.

“Tirana County Police Director Rebani Jaupaj and General Director of State Police, Ardi Veliu must immediately respond to these allegations and identify and sanction those officers responsible. Prime Minister Edi Rama should publicly condemn the arrests. Continued silence will only increase suspicion authorities have something to hide.”

Griffen also raised concern over reports of pressure and manipulation of the journalist’s statements by police and called for the Albanian Ombudsman to investigate the issue.

On December 11, police arrested Xhoi Malësia, a journalist and news anchor at Ora News RTV, as he was reporting live on air via his mobile phone in the wake of an attack by protesters on a police station in Tirana.

Malësia told IPI he had been on his way home when he witnessed the incident and had immediately contacted his newsroom to broadcast live from the scene. As he filmed detentions of protesters, a group of officers approached him and demanded he stop filming. When he refused the police forcibly detained him.

Despite identifying himself as a journalist, Malësia was taken to a nearby police station where he claims he was refused to opportunity to seek legal support. He said one officer slapped him in the face in the corridor leading to the cells and used a slur to insult his family.

The next day, Qamil Xhani, the editor-in-chief of Koha Jone (Our Time), was arrested after photographing police officers in Tirana allegedly using excessive force while detaining two minors in an alley outside the newspaper’s office, according to reports.

After intervening to stop the attack and photographing the officers, Xhani was handcuffed and despite showing his journalistic ID was taken to a nearby police station, where his mobile phone was seized and the images deleted.

On both occasions, the journalists were pressured to sign a statement written by police in which admitted they were detained for “participation in an illegal gathering”. Malësia told IPI the statement he gave was changed to include words and sentences which made it seem like he was admitting guilt.

Police did not formally respond to the allegations. Malësia filed a criminal complaint against the police with the support of the Helsinki Committee. A request to review security camera footage from inside the police station on the night of the alleged assault was rejected.

Also on December 12, Shefqet Duka, an editor at local media outlet Durrës Lajm, was detained by police in the port city of Durrës as he was returning home from the office, which is located near a square where a similar protest was being held, Blerjana Bino from the Safe Journalist Network told IPI.

Despite identifying himself as a journalist, Duka was reportedly taken to the police station for questioning and accused of being a protester. He remained in detention for three hours until police finally released him without charge.

The same night, Aldo Mustafa, a local journalist with Syri.net TV in Durrës, was on duty reporting the protest live when he was attacked by one of the police officers and was obstructed from filming the detention of young protestors, the Safe Journalist Network said.

On December 10, several journalists reported being hit, affected by tear gas or injured by police during a protest in the city centre of Tirana, according to reports. 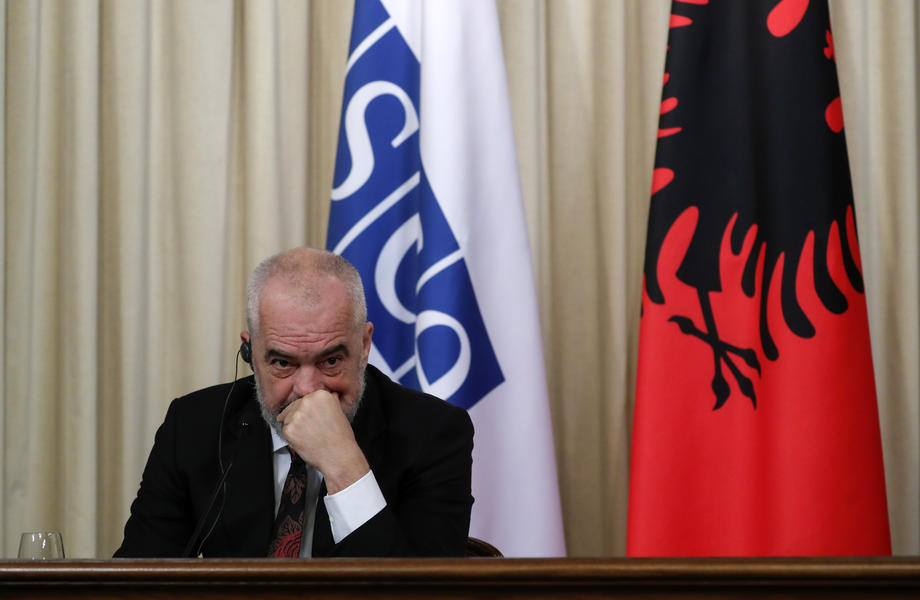 The detentions come at a challenging time for media freedom in Albania. In October, concerns over the safety of journalists increased significantly after a bomb was placed at the entrance to the private residence of Albanian journalist Elidon Ndreka, who works for Albanian 24-hour news channel News24.

The bomb, suspected to be made of the explosive material known as TNT, exploded at the property where Ndreka lives with his wife, children and his parents, fortunately causing only minor damage to the gate. No one was injured but investigations have yet to make major progress.

Other journalists are facing legal threats. In October, the Albanian section of the Balkan Investigative Reporting Network (BIRN) was sued for damages by a prominent Albanian businessman over its reporting on his business empire, state contracts and offshore companies

In his lawsuit the plaintiff demanded compensation of 300,000 lek (€2,424) for moral damages and demanded that BIRN Albania retract and erase the story from the reporter.al website and pay the legal costs of the lawsuit.

In November, freelance journalist and filmmaker Artan Rama was targeted by a defamation case from energy firm Albtek Energy after he reported on the €21 million contract it won to build and operate an incinerator plant in the city of Elbasan in 2014. The company is also demanding 300,000 lek (€2,424) for damages to its reputation, the retraction of the article and compensation of legal costs.

Blerjana Bino, Albania researcher at the SafeJournalists Network, said: “In Albania, we are witnessing continuous attempts to crack down on independent media such as the case with SLAPP cases against investigative journalists and increase in criminal penalties for defamation.

She added: “Recently, a working document of the Ministry of Justice, leaked in the media, shows the Government’s attempts to tighten further penalties for defamation, which is already a criminal offense in Albania contrary to international best practices. Thus, few independent media in the country face pressures, intimidation, and threats in various manners and who need support to counter abusive power.”

This statement by IPI is part of the Media Freedom Rapid Response (MFRR), a Europe-wide mechanism which tracks, monitors and responds to violations of press and media freedom in EU Member States and Candidate Countries.