The second wave of the Covid-19 epidemic in Slovenia has coincided with a perfect storm of wrong political priorities, a cavalier public attitude towards the coronavirus and disastrous government communication.

Media www.rajawalisiber.com – At the same time, the team at Necenzurirano, a Slovenian investigative news portal, was facing a wave of their own: a series of SLAPP lawsuits, brought against them by Rok Snežič, a controversial tax consultant and a self-styled advisor to Slovenian prime minister Janez Janša.

Necenzurirano journalists Vesna Vuković, Tomaž Modic and Primož Cirman are no strangers to legal action. In 2013  they were, together with their former colleague Suzana Rankov, charged with misuse of personal data for writing a story on how a top Slovenian businessman helped a Croatian tycoon close a deal to takeover one of Slovenia’s largest retail chains.

Five years since the first lawsuit was filed, not a single one of these proceedings has been concluded. Be it through a series of recourse manoeuvres or on account of the COVID-19 pandemic, which affected the working of the judiciary, the four journalists remain under threat of monetary damages and even jail time.

A SLAPP by any other name

SLAPP lawsuits differ from a standard lawsuit in that the aim is not necessarily to win the case, but use the legal proceedings to bleed the journalist and outlet of money, energy and other resources until they stop reporting on a story. Or to silence watchdog journalism altogether.

At first glance, SLAPPs may seem to be a new concept in Slovenian media landscape. But while attempts at burying journalists and outlets under a mountain of legal work are new, using lawsuits to bully and silence critics have a sad and rich history in Slovenia, ranging from bizarre to downright scary.

Perhaps the most egregious example the former occurred in 2016, when a Maribor municipal company sued an activist for an eye-popping €100,000, claiming to have suffered emotional distress as a result of the activist’s inquiring about business practices.

On the other end of the spectrum lies the case of Anuška Delić being dragged to court by the Slovenian intelligence agency (SOVA). In 2011, Delić ran a story on connections between members of SDS, the party of PM Janez Janša and the Slovenian branch of Blood & Honour, a Neonazi group.

The intelligence agency filed criminal charges, claiming Delić used classified information obtained from within the agency, a charge the journalist denied. The absurd nature of the charges arguably places this case on the SLAPP spectrum, too. In the end, both cases, as well as numerous others, were either dismissed or dropped. The message was nevertheless clear every time: stop what you’re doing, or else.

It may be a coincidence, but lawsuits aimed at silencing the critics, or at least threats of such lawsuits can be traced back to the onset of the global financial crisis in Slovenia. Back in 2009, just as the crisis began to engulf the country, Janez Janša, freshly ousted from the PM post, started threatening lawsuits against people who openly and regularly criticized his policies.

What is important in the context of silencing journalists is that the PM paved the way for a technique that will – unless stymied quickly – likely become a staple in never-ending attempts to curb freedom of the media. 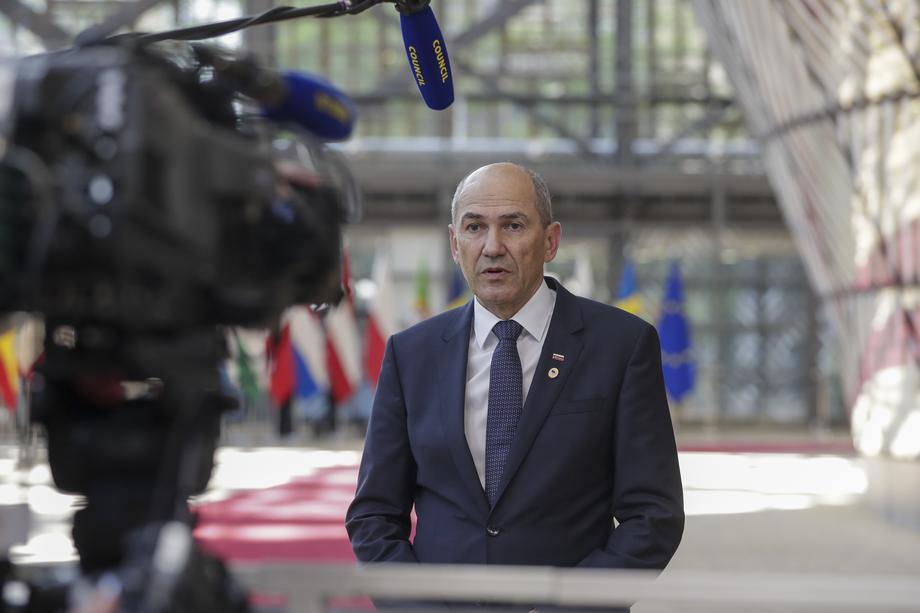 Delić warned as much in the aftermath of her legal ordeal: “The changes to the Penal Code with regard to publishing classified data are welcome”, she wrote in 2015, “but the country also needs protections against people being frivolously dragged to court, while those responsible should be sanctioned.”

It is clear that there are instances where journalistic work is not up to standard or is downright malicious. In this, Slovenia is no exception. The right to petition is just as integral part of a healthy democracy as is the freedom of speech. But the steady drip of SLAPP lawsuits over the past decade suggests they are fast becoming a go-to tool to silence journalists, for business and political interests alike. This comes after a decade of sustained criticism of the judiciary and the media, mostly from the direction of PM Janša and his supporters.

At the end of October 2020, for example, he accused without merit the entire Slovenian media sector of undermining the government’s response to the second wave of the COVID-19 epidemic. This drew a sharp response by leading Slovenian media outlets as well international media organizations, including IPI. These vocal attacks on the judiciary continue even after president of the republic held a summit of leaders of all branches of government and called for easing of tensions.

Seldom has this dual disregard for the media and the judiciary converged more, however, than in the case of Rok Snežič vs. Necenzurirano.

Necenzurirano: The attempt to censor uncensored

Janša, leader of Slovenian Democratic Party (SDS), the largest party in the government, has never been softly spoken when it comes to the press and the court system.

But this position hardened noticeably after spending close to six months in jail in 2014 on corruption charges related the arms deal knows as The Patria Affair, which was later overturned. It was during that time behind bars that Janša met Rok Snežič, who was serving a prison sentence for tax-evasion. The two have reportedly forged a close relationship since.

Snežič was also one of the principal characters of a series of stories by Cirman, Vuković and Modic in which they chronicled Snežič’s role in organized tax evasion via entities in Bosnia-Herzegovina and his alleged role in a shady finance deal for Janša’s SDS party. As a result, over the course of almost six months, stretching back into the first COVID-19 wave, Snežič filed a total of 39 lawsuits against the three journalists.

However, as links between Snežič and Janša are well documented, the actual aim of these lawsuits is obvious: to drain Necenzurirano (Uncensored) of time, energy, and money for legal fees. Ironically, to censor it. DNS, the main Slovenian journalists’ association, condemned the move and supported Neceznzurirano’s journalists. In this, they were joined by international press freedom groups including IPI, condemning the maneuver as a brazen use of SLAPPs.

While the general mechanics of these kinds of vexatious lawsuits against the media are well documented, the details differ from state to state, even within the EU. In Slovenia, for example, defamation is still considered a criminal offence, a fact regularly criticized by international free speech and human rights groups. Because of this, Snežič was able to demand jail time for Necenzurirano’s journalists and not simply monetary compensation, as he would have been able to in a civil libel case.

Not only does this mean an additional level of stress and worry for the outlet and its journalists, but it also has a financial upside for the self-styled tax advisor to the government: a significantly lower court fee. Namely, a criminal lawsuit for defamation puts a plaintiff back a couple of hundred euros at best, while a civil lawsuit would be considerably more expensive.

This difference obviously gets even more pronounced when multiplied by 39, the number of individual cases Snežič brought against Cirman, Vuković and Modic. In doing so, Snežič seems to have followed his own legal advice that he dispensed on the pages of an SDS-affiliated media outlet, in which he advised a reader to file a criminal suit in an unrelated case precisely because it is much cheaper.

If the financial crisis of 2008 hobbled the country’s media landscape and opened the gates to SLAPPs, we can only fear what the COVID-19 epidemic will do to the overall health of Slovenian journalism.

While it beggars belief that Snežič’s lawsuits would turn out to be anything but a waste of everyone’s time and money, they could pave a worrisome new path for SLAPP trend against media outlets in Slovenia and other EU countries where defamation is still considered a criminal offense.

In an environment where media outlets were struggling even before the onset of the COVID-19 epidemic (with the full devastation of the latter probably yet to be seen), the possibility of cheap-and-dirty SLAPP lawsuits constitutes a systemic danger to the entire media landscape. Combined with coordinated attempts to dismantle the independence of the judiciary, they threaten the long-term health of Slovenian democracy.

To put it bluntly, this is a can of worms Slovenian legislature, regardless of political composition, would do well to close as soon as possible. (The International Press Institute (IPI).