Media www.rajawalisiber.com – On August 31, 2021, the last U.S. troops left Afghanistan. While the Biden administration touted the withdrawal as the fulfillment of a promise to end a decades-long war, to the Afghan allies left behind, it was a promise irrevocably broken. The fate of thousands of Afghans who not only worked with the U.S. government, but who dared to believe in the universal values of freedom and democracy is in question. There should be an accounting of the events that transpired over the last month, but for now, policymakers should turn to the more pressing and immediate question: How can the United States save the lives of thousands of its Afghan allies left behind?

First, the administration must answer some basic questions. In order to assess next steps, an accurate accounting of the number of current and eligible applicants for Special Immigrant Visas (SIVs) and Priority 1 (P1) and Priority 2 (P2) refugee status remaining in Afghanistan is crucial. The individuals eligible under these designations represent not only translators who worked alongside coalition forces, but those who supported U.S. government entities or U.S.-funded projects and are deemed to be at high risk. Further information on evacuees that were successfully airlifted out of Afghanistan is also necessary. Administration sources have given differing accounts of these numbers, and planning next steps without reliable information is extraordinarily difficult.

Getting at-risk individuals out of the country should be the first and most immediate priority. This will require agreements with neighboring countries on issues such as the creation of secure land bridges and the provision of temporary shelter. Outside security forces should be allowed to secure land routes and airports to ensure that convoys and evacuation flights are able to safely exit. Many of Afghanistan’s neighbors have been resistant to allow refugees to transit through their countries, even purported U.S. allies, such as Pakistan. Congress should take steps to condition future aid to these countries based on their willingness to assist with a land-based evacuation effort.

The Taliban must be held to account for their promises to ensure safe passage out of the country for those wishing to leave. Already, the Taliban are reneging on this commitment as evacuation flights from the northern Afghan city of Mazar-i-Sharif have been delayed for days. However, a glimmer of hope appeared on Thursday when the first international flight from Kabul landed in Qatar with a number of U.S. citizens aboard. With the new Taliban government strapped for cash lacking access to the Afghan Central Bank’s reserves and International Monetary Fund (IMF) assistance, the United States and coalition partners have a significant opportunity to influence the Taliban. The Taliban should be persuaded to honor their commitments not only to allow Afghan citizens to depart, but to respect the rights of women and girls and uphold media freedom.

Steps should be taken to accelerate the refugee and visa application and processing timeline while maintaining a robust vetting process to ensure that those coming here do not represent a threat to the homeland. Post-9/11, the Department of Homeland Security developed robust vetting procedures, which were further enhanced by the Trump administration, requiring review of applicants’ social media profiles and expanding the review of personal history. However, the withdrawal of U.S. forces and the closure of the U.S. Embassy in Kabul has severely hampered intelligence collection and background verification. This issue of vetting should not turn into a political football, and members of Congress from both sides of the aisle should come together to offer a solution. The Department of Homeland Security has flagged only 44 of over 60,000 Afghan evacuees as potential national security risks and has taken steps to prevent their entry into the United States or initiate removal—demonstrating that vetting protocols are being followed and derogatory findings are being taken seriously. The administration should continue to be proactive and forthcoming in providing information and assurances about the vetting process to all stakeholders, including the American people.

The administration has requested that Congress pass a law allowing Afghan refugees brought to the United States on temporary humanitarian grounds to apply for a green card after one year. Additionally, Congress should move to authorize access to the resettlement assistance services provided to refugees who arrive in the United States through the U.S. Refugee Admissions Program. This includes basic services such as English-language classes, housing and medical assistance, and job training, all of which would ensure that recent arrivals are able to quickly integrate into their new communities.

These efforts will undoubtedly require additional resources, and Congress should move quickly to provide needed funds in the form of a supplemental appropriations bill. The administration has already requested $6.4 billion to support resettlement of refugees, including processing and vetting. Congress should also provide additional money for continued evacuation support. The request also includes funds to support humanitarian and emergency assistance in the region, which will be crucial through the harsh Afghan winter to minimize mass flight to neighboring countries for survival.

The planning and execution of a continued mass evacuation and resettlement campaign is incredibly complex. That is undeniable. The Senate should move to quickly confirm experienced Biden appointees for key posts that are integral in this effort. Additionally, the administration should appoint a president’s personal representative and urgently engage international agencies experienced in sensitive, dangerous evacuations, such as the International Committee of the Red Cross. Former Delaware governor Jack Markell has been appointed to oversee vetting and resettlement of Afghan allies in the United States, but a point person is also needed to coordinate ongoing efforts abroad.

Congress should give serious consideration to creating a standing commission, modeled on the 9/11 Commission. This would ensure adequate follow-up from the dozens of U.S. agencies and departments with a share of responsibility in areas of counterterrorism, immigration, and human rights to push the administration to take steps to fulfill the promises made to its Afghan partners.  There is an extraordinary amount of work to be done to save thousands of Afghan lives, and time is of the essence.

Elizabeth Hoffman is the director of congressional and government affairs and fellow at the Center for Strategic and International Studies in Washington, D.C. 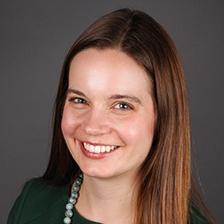