Media www.rajawalisiber.com  – Defense Minister Benny Gantz called for Israel’s security forces to avoid unnecessarily punishing innocent Palestinians during the ongoing manhunt for six fugitives who broke out of prison earlier this week, while promising that Israel would eventually catch the escapees.

“We are continuing our activities in the field, but at the same time we must understand that these are six men out of millions who live here,” Gantz said, speaking from a lookout in the northern West Bank following a meeting nearby with the military officers leading the search.

“We must be able to deal with these six and their helpers without interfering with the other things in balance in the area,” he said.

The prison break has sparked large, nightly demonstrations throughout the West Bank and Jerusalem, some of them violent, and raised concerns of renewed conflict in the Gaza Strip. Soldiers and police officers were put on high alert throughout Israel and the West Bank over fears of widespread violence on Friday after the Hamas terror group declared a “day of rage” in solidarity with the six Palestinian security prisoners.

“I hope that today will pass quietly, but either way the IDF is prepared for any development in any location,” Gantz said.

The defense minister made his remarks as the manhunt for the six fugitives entered its fifth day, after the men escaped Gilboa Prison in northern Israel in one of the worst prison breaks in the country’s history. Israeli forces have scrambled to find the inmates, all of them believed to be highly dangerous, with apparently few leads to follow. In recent days, Israeli troops have arrested many of the fugitives’ family members, including five who were arrested in villages near the northern West Bank city of Jenin in the predawn hours of Friday morning, according to Palestinian media. 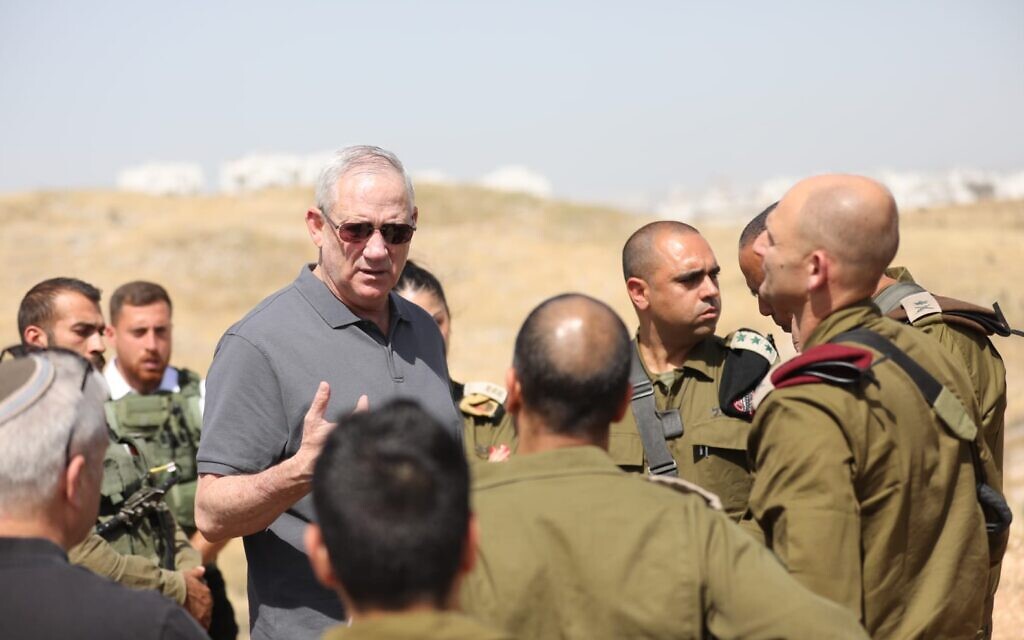 In this handout photo from his office, Defense Minister Benny Gantz tours the West Bank on May 4, 2021. (Elad Malka)

The search effort has been made more difficult by the relatively large number of fugitives and the many possible escape routes from the prison. Police believe that some of the suspects may have fled the country for Jordan, whose border is just 13 kilometers (8 miles) from the prison, while Kan TV reported on Thursday that authorities believe a number of them were in the West Bank and were being aided by local Palestinians.

“We will in the end get our hands on the men who broke out of prison, through widescale efforts on the ground, be it ground in this area or far from it,” Gantz said, speaking near the Gilboa Crossing between the northern West Bank and Israel.

“We will continue our activities and ensure the security of the area. I was highly impressed by the cooperation that is critical to the success of what is happening now in the field, in terms of intelligence sharing and operationally on the ground. This cooperation will continue and we will in the end, sooner or later, get our hands on who we need to,” the defense minister said.

The six escaped from the high-security Gilboa Prison in northern Israel in the pre-dawn hours of Monday morning, making their way out through their cell’s drainage system and an empty space underneath the prison.

Four of the six fugitives were in jail for life in connection with deadly attacks against Israelis; the sixth — a notorious commander in Fatah’s Al-Aqsa Martyrs Brigade terror group, Zakaria Zubeidi — was in prison while on trial for two dozen crimes, including attempted murder. Another was held in administrative detention.

The Israel Prisons Service said Thursday that inmates who were being held at Gilboa Prison — who were transferred to other facilities following the escape — will not return to that jail or any other facility in the north, and will instead be distributed among other prisons in the south and center of the country. 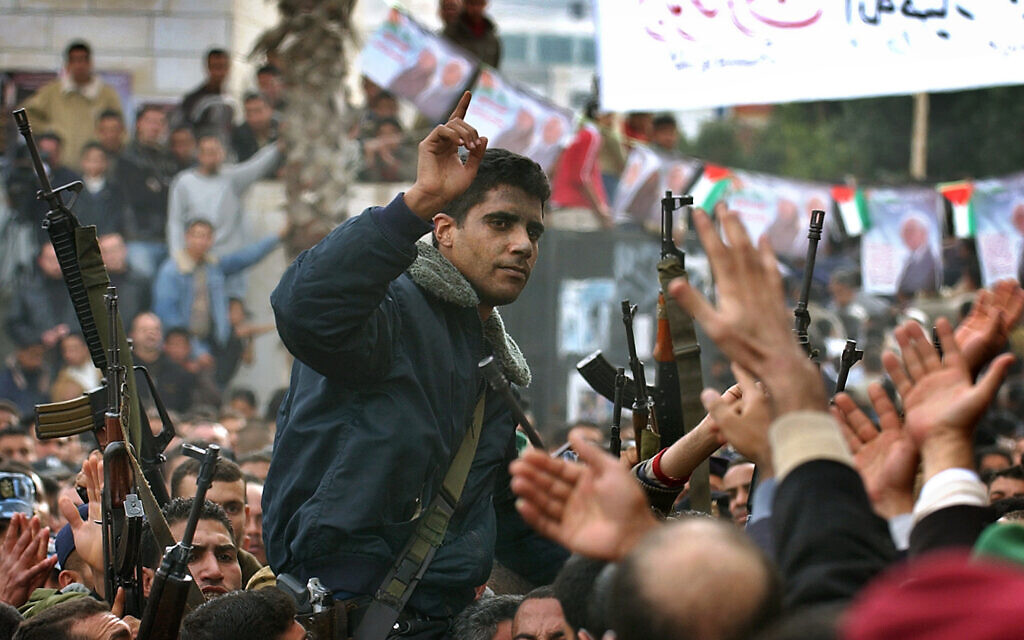 Zakaria Zubeidi, then-leader in the Al Aqsa Martyrs Brigade in the West Bank, is carried by supporters during a presidential elections campaign rally in support of Mahmoud Abbas, in the West Bank town of Jenin, on December 30, 2004. (Nasser Nasser/AP)

Prison authorities also said that they will be boosting security at the prisons including regular searches of cells, and will work to disperse Islamic Jihad prisoners among different facilities in order to separate them from each other.

Additionally, a number of prisons have seen rioting in response to increased restrictions in the wake of the jailbreak; police were said to be readying to help secure jails as the violence continued.

Growing evidence of blunders and negligence in the prison has emerged in the days following the escape, though the head of the Israel Prisons Service, Katy Perry, has said she does not plan to step down.

Public Security Minister Omer Barlev said on Thursday that he had decided to form a government commission to probe the circumstances surrounding the prisoners’ escape.

Times of Israel staff contributed to this report.