Media www.rajawalisiber.com –  Unlike his predecessor, President Joe Biden places democracy and human rights at the center of U.S. foreign policy. At the same time, his government is partnering with an authoritarian Vietnam to deal with larger strategic problems posed by a revisionist China. To further strengthen ties with Hanoi without compromising the U.S. commitment to promote human rights, the Biden administration should enhance mutual trust by differentiating communist regimes from revisionist states, while utilizing multilateral mechanisms to encourage Vietnam to improve its human rights record.

During his campaign for president, Biden pledged to prioritize U.S. commitments in “fighting corruption, defending against authoritarianism, and advancing human rights” abroad. He argued that “democracy is not just the foundation of American society” but also “the wellspring” of American power. Since taking office, Biden has reaffirmed his commitment to protect human rights, celebrate human rights defenders, and hold human rights abusers accountable.

President Biden has historically emphasized human rights in his talks with world leaders, and his administration is likely to raise the issue with leaders in Hanoi. When he spoke with Chinese president Xi Jinping on the occasion of Lunar New Year, for example, he highlighted his “fundamental concerns” about China’s human rights abuses in Xinjiang. In a press conference with Japanese prime minister Yoshihide Suga, President Biden said Japan and the United States were dedicated to protecting and advancing the two countries’ shared values, including human rights and the rule of law.

In the context of U.S.-China strategic competition, Biden has made clear that the most effective way to “confront China’s abusive behaviors” is to build a united front of U.S. allies and partners. He has promised to deepen partnerships to advance shared values in the region and elevate diplomacy as the United States’ primary tool of foreign policy. For him, the answer to the China threat is “more friendships, more cooperation, more alliances.”

Despite differences in political systems and ideologies, Vietnam has become increasingly valuable in U.S. foreign policy. The 2017 U.S. National Security Strategy, the 2018 U.S. National Defense Strategy, and the 2019 Indo-Pacific Strategy Report all identified Vietnam as an emerging economic and security partner. The newly released 2021 Interim National Security Strategic Guidance indicates that the United States will “double down” on building partnerships with Vietnam and other Asian countries.

Although U.S.-Vietnam relations have experienced remarkable improvements since the two countries became partners in 2013, human rights issues have hindered efforts to advance closer diplomatic and security ties. The United States and Vietnam have talked about enhancing their comprehensive partnership since 2017, but the two countries have not upgraded their relationship to a “strategic” level.

There has been suspicion in Hanoi about a perceived “peaceful evolution,” that U.S. support of pro-democracy dissidents and promotion of higher human rights standards is aimed at overthrowing the Vietnamese Communist Party. The party’s 1991 political report describes peaceful evolution as a process in which hostile forces incite the realization of political pluralism in Vietnam to abolish the party’s leadership; spread depraved and toxic ideology and culture; send spies and commandos to sabotage the Vietnamese government; and collude with reactionary, opportunistic, and disgruntled elements in the country to intensify their activities to overthrow the regime. Those forces, according to the 1996 political report, often use the guise of “democracy” and ”human rights” to interfere in Vietnam’s internal affairs. The concept of peaceful evolution has been raised in important party documents ever since.

The main reason why Hanoi and Washington could establish a comprehensive partnership despite profound differences over human rights was the Obama administration’s assurance that it would respect Vietnam’s political system. In 2010, on the 15th anniversary of U.S.-Vietnam relations, Secretary of State Hillary Clinton said the United States was ready to take the bilateral relationship to the next level of cooperation and partnership, while continuing to urge Vietnam to reinforce its commitment to human rights. In a joint statement, President Barack Obama and President Truong Tan Sang underlined respect for each other’s political systems as one of the principles of the U.S.-Vietnam Comprehensive Partnership. Since then, President Obama candidly discussed human rights issues with Vietnamese leaders in 2013, 2015, and 2016.

This trust, however, was undermined by the Trump administration as it repeatedly linked communism with China’s increasing aggression and unilateralism. Then secretary of state Mike Pompeo went so far as to state that “communists almost always lie.” He did not keep in mind that Vietnam, with which his government was trying to foster a relationship, is also a socialist country led by a communist party. It reminded Vietnamese leaders that Vietnam and the United States are fundamentally different, and this in turn, has made building trust and deepening cooperation to a strategic level significantly difficult.

To improve trust with Vietnam, U.S. policymakers should differentiate revisionist states like China from status-quo communist regimes like Vietnam. A revisionist state seeks to undermine the established international order for the purpose of increasing its relative power in the system. The concept, therefore, concerns a state’s behavior in international affairs. Meanwhile, a communist regime is a matter of domestic politics. China’s excessive claims, reclamation, and militarization of disputed features in the South China Sea; bullying of other claimants, including Vietnam; and engagement in unfair predatory economic practices are signs of a revisionist state. They are not necessarily characteristics of a communist regime. This distinction will help define and develop the U.S.-Vietnam relationship. Furthermore, the Biden administration should reaffirm its respect for Vietnam’s political system.

Once trust is heightened, the United States can examine what works best to convince Vietnam to improve its human rights practice. One way is to utilize multilateralism, like in the case with the Trans-Pacific Partnership (TPP), which required members to adopt laws that were in line with international labor rights standards. Some key provisions included allowing employees to form unions, prohibiting forced or child labor, and eliminating workplace discrimination. To ensure the enforceability of these provisions, the United States and Vietnam signed a separate agreement to provide a clear framework for how Vietnam must reform its laws and practices. Regrettably, the Trump administration decided to withdraw from the TPP, nullifying Vietnam’s labor rights commitments. Nonetheless, TPP negotiation had led to some progress on human rights in Vietnam. Hanoi has since ratified the United Nations Convention against Torture, released some political prisoners, and promised to change its laws to be consistent with its international obligations.

In short, Biden can deepen ties with Vietnam and promote human rights at the same time. In doing so, his administration needs to increase mutual trust by reassuring that it respects Vietnam’s political system and distinguishing revisionist states like China from communist regimes like Vietnam. Only when trust is high enough can the United States persuade Vietnam to improve its human rights for its own good. Washington should make use of multilateral mechanisms to encourage Hanoi to change. Bilaterally, upgrading the U.S.-Vietnam relationship to a strategic partnership will signal a higher level of trust and provide a better framework for alignment in human rights practices.

Bich T. Tran is an adjunct fellow (non-resident) with the Center for Strategic and International Studies in Washington, D.C. 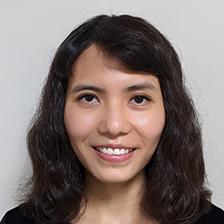